The quest we teach comes from Grandfather Stalking Wolf (Lipan) as passed down from Tom Brown, Jr.. Grandfather’s Vision, in part, was to find the common spiritual truths among the world’s religions and cultures. As such, this Quest is not Lipan but, rather, a distillation of the core experience that is the Essence of a Vision Quest.

All facilitators have undertaken multiple quests and each brings a unique perspective to the experience; Questors are likely to find a supportive sounding board for questions and concerns. Protectors include:

Matthew Hansen’s life-long love of nature led him to study the “survival” skills and philosophies of the Earth’s indigenous cultures. Matt works as a forest entomologist and his involvement with Quest facilitation is in response to the experience of his first Vision Quest in 1993. He has since completed 15 Vision Quests including a 10-day quest, several shorter Vision Quests, and countless others quests (see Seven Levels). Matt studied quest protection with Karl “Bear” Povisils and Malcolm Ringwalt in 1995 and has been guiding quests since 1996, previously with EarthFire Outdoor Education. Matt has continued to study with Malcolm Ringwalt (advanced Protector Training, Teacher Training for Protector Training Course, and Teacher Training for Seven Levels of Quest and more).

Dawn Hansen is a long-time student of Earth-living skills and Earth-centered philosophies, and brings a strong feminine perspective to Questing.  She works as a massage and craniosacral therapist. Her considerable experience with Vision Questing enables her to effectively support quest participants. Dawn first quested in 1994, studied quest protection with Malcolm Ringwalt, and has been co-facilitating quests since 1996.

Scott DeBerard first quested in 2006 and was trained in quest protection by Malcolm Ringwalt of The Oneness Quest. Scott has been facilitating quests since 2014. He is a licensed psychologist in Utah and faculty member at Utah State University.

Karen Tomkins has a deep connection and love of the natural world. With a background in ecology and naturalist studies, she is passionate about reconnecting with the wildness of the human spirit, and cultivating deep and meaningful connection to the earth and to self. She has experienced the Quest to be a powerful means of this reconnection and sought to be trained in this Vision Quest lineage so she can help support others in their own path of transformation. She brings a love of mystery and a soulful curiosity of the human experience. 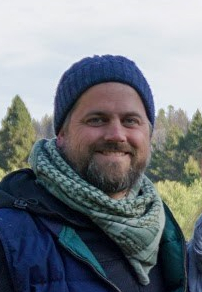 Aaron Mitchell (MS, LMHC, NCC) is a Co-founder of Awareness Healing Arts and is a licensed mental health counselor in the state of Washington. He is also adopted Tlingit and his ancestry comes from both Osage and Euro-American cultures. He has been mentored in the spiritual and healing traditions of certain indigenous cultures for over 20 years.

Aaron has been on several Quests of his own. He has a deep understanding of the profound effects a Quest can have on one’s life.  “I went on my first quest back in 1997. I wouldn’t say that the quest changed who I was so much as I discovered a truer more genuine self that truly cared about everyone and everything. What I think is great about the Vision Quest, is it meets each person exactly where they are in life. It’s never too much or too little but exactly what is needed in that moment in time.”

“Since my first Quest, I have known that it was a life purpose to bring the Vision Quest to people of all cultures, religions, and backgrounds. I wanted to make sure that I honored the ancient lineage and maintained the true essence of this important tradition. After many years of preparation, I’ve been given permission to offer this powerful experience for folks.” 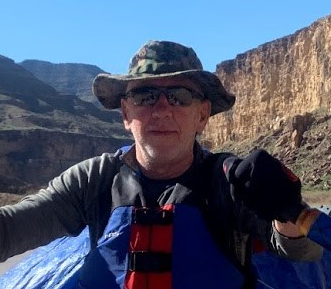 Bill Howard was trained in Quest protection by Malcolm Ringwalt and has experience questing and protecting large quests (>30 people). He runs questing programs in Virginia with Earth Reconnect.

“Over the course of my life I have been called to serve mostly in the role of protector. I was also called to seek the physical and spiritual skills of the ancients. My path has lead me to military service, religion, martial arts, and various other searches. Finally, in my 40’s I stumbled across the teachings I had so longed for. They combine the physical, the spiritual and so much more. Now in my 50’s I wish to share what my teachers so unselfishly shared with me. Maybe, just maybe, this sharing will help lessen someone else’s effort.” 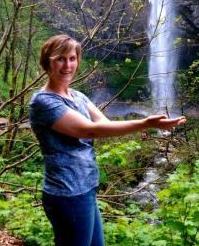 Holly Stokes, The Brain Trainer, 3 time Author, Speaker and Master NLP Coach, has more than 20 years experience in the field of applied psychology.  She has worked with thousands of clients in ‘rewiring’ the brain out of old habits, fears, stress and the sabotage that steals health and vitality. She created the A Lighter You! System to address the REAL reasons we gain weight: old habits, cravings, mental blocks and lack of motivation. Through Neuro-Linguistic Programming (NLP), Hypnosis and Coaching, she loves inspiring clients to lead healthier, happier lives of purpose and achievement. Holly was trained in quest facilitation by Malcolm Ringwalt and Bear Povisils. 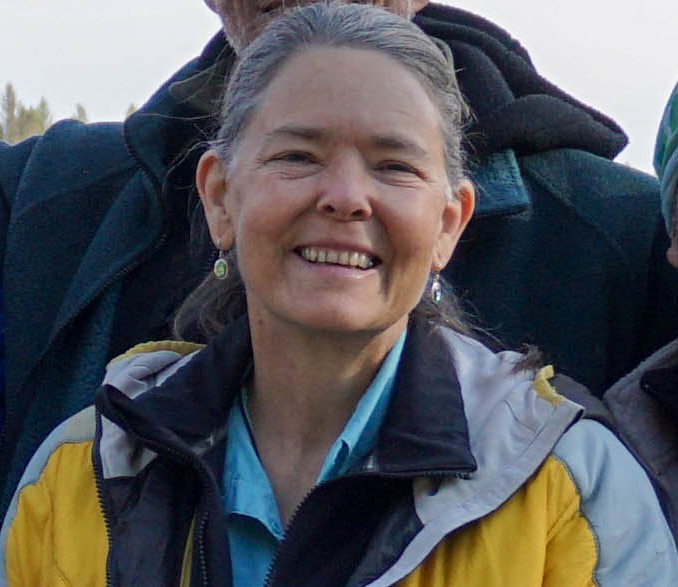 “For those in search of understanding beyond the everyday, the quest holds great value. In the quest circle we give ourselves over to a work of intimacy. We sit on the earth as when first we came, open and curious, reverent and brave. Here we live in an open space where we communicate with the teacher within, the teacher without. We sit and listen, we wait for whatever teachings are meant for us. Weather the lesson is a bathing of love, the truth of our belonging, or a full blown barging in of a long forgotten knowing, a step onto a path we must take; the lessons come.”

“My long meandering life has led me into a loving circle of family, including a daughter who works in community improvement and spends long days skiing in the Colorado snow, a husband teaching science of the earth to high schoolers, and an extended family as varied and colorful as can be imagined. I have had a fulfilling career in biology where I have been privileged to learn a fair amount regarding a widely distributed plant (Antennaria spp.), clever enough to find a way to live and thrive through the ice age.”